UFO's Are Not What You Think

My special guest tonight is author & researcher Gary Bates who's here to discuss why he thinks UFO's are really demons according to the Bible.

When actor Richard Dreyfus gazed up into the heavens during the hit film, Close Encounters of the Third Kind audiences looked with him, in rapt attention. Alien encounters cropped up like, well, crop circles. More films were released. Books detailed alleged abductions. NASA funded SETI, an effort to make contact with civilizations from other worlds. But is all this valid? Are there really alien civilizations in our vast universe? In Alien Intrusion, Gary Bates gives a thorough treatment of this fascinating subject. What is behind the numerous sightings from around the world? Does the U.S. Government have evidence of alien craft? Can we hope to make contact in our lifetime? The author comes from an unapologetic Christian perspective, but lets the facts speak for themselves. His expertise on the subject and ability to 'cover the bases' has earned widespread respect - even from many in the 'UFOlogy community' who may be uncomfortable with the startling conclusions to which he inevitable leads the reader. This was especially evident during an amazing three-hour interview with George Noory on Coast to Coast. This invaluable book will help Christians understand the issues, and be able to intelligently answer questions and engage in dialogue with a culture sure were are being watched from space. Heavily illustrated with photographs and drawings - an amazingly comprehensive 'cutting-edge' look at the UFO abduction phenomena. 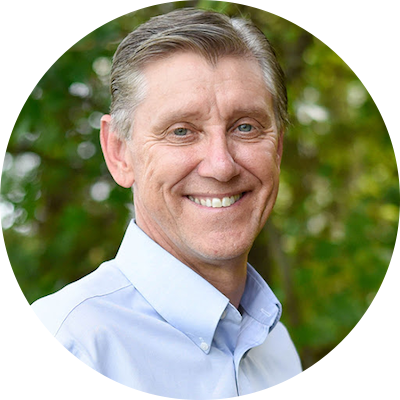 Gary has been speaking on the creation/evolution issue since 1990. With a background in management and marketing, in 2002, he was invited to join the ministry full-time in Brisbane and eventually became its Head of Ministry. Much in demand for his popular lay talks on creation, Gary and his family relocated to America to serve as CEO of CMI-US. He was also elected to the position of CEO of CMI-Worldwide, CMI’s international Federation of ministries. He held this position from its inception in 2008 until mid-2016 when he decided to step down and concentrate on the task of managing the rapidly growing USA office and expanding the ministry’s reach in other areas. This included co-writing and producing CMI’s award-winning documentary Evolution’s Achilles’ Heels .

Once a convinced evolutionist, the Creation message had a dramatic impact on Gary’s life. He is now a biblical creationist with a heart to communicate this life-changing information to the average ‘person in the street’.

Concerned about the tremendous interest in UFOs and associated extraterrestrial beliefs, Gary undertook specialist research in an attempt to solve this seemingly baffling phenomenon. This led to his Amazon.com top 50 bestseller Alien Intrusion: UFOs and the Evolution Connection —(the only Creationist book ever to achieve this feat). This landmark book provides biblical answers to the many puzzling questions regarding UFOs, and whether there is intelligent, sentient alien life on other planets (our theological position on this is no. Please read the first article below for why). As a leading Christian authority in this area, Gary has travelled extensively around the world, speaking and conducting literally hundreds of interviews on radio, television and various media. Gary has also undertaken the task of writing, producing and directing a movie-style documentary based upon his book called Alien Intrusion: Unmasking a Deception. It premiered in cinemas around the world in 2018. In 2019 Gary received an honorary doctorate (Ds.C.) from Whitefield Theological Seminary for his wide-ranging research into extraterrestrial phenomena.

He is married to Frances (an experienced event manager for CMI) and they have four adult children. Together they authored the children’s book One Big Family: the truth about where we all came from . Gary has also coauthored 7 other books on creation (see the bottom of this page)