Tonight, my special guest is author Mark Leslie who's here to discuss his book Haunted Hospitals that takes a look inside the hospitals, asylums, and sanatoriums in which formal spectral residents refuse to move on.

Hospitals are supposed to be places of healing, places of birth, and places of hope. But with all of the varying highs and lows that are experienced in these buildings, is it any wonder when echoes linger indefinitely? How about asylums, which house some of society’s worst offenders and troubled inmates, or sanatoriums, places where the mentally and physically ill find themselves trapped, even after death?

Journey inside the history of these macabre settings and learn about the horrors from the past that live on in these frighteningly eerie tales from Canada, the United States, and around the world. 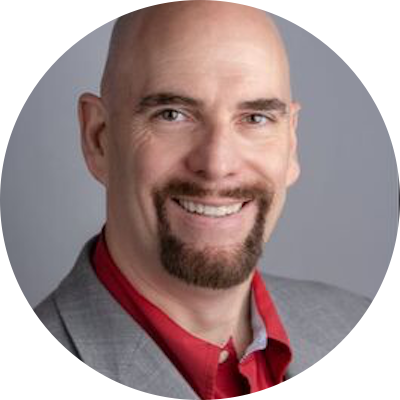 Mark Leslie Lefebvre has been writing since he was thirteen years old and discovered his mother’s Underwood typewriter collecting dust in a closet. He started submitting his work for publication at the age of fifteen and had his first story published in 1992, the same year he graduated from university.

Under the name Mark Leslie, he has published more than a dozen full length books. He pens a series of non-fiction paranormal explorations for Dundurn, Canada’s largest independent publisher. He also writes fiction (typically thrillers and horror) and edits fiction anthologies, most recently as a regular editor for the WMG Publishing Fiction River anthology series.

The very same year, Mark saw his first short story in print he started working in the book industry as a part-time bookseller, and was bitten by the book-selling bug. He has worked in virtually every type of bookstore (independent, chain, large-format, online, academic and digital). He has thrived on innovation, particularly related to digital publishing, and enjoys interacting with the various people who make the book industry so dynamic.

Between 2011 and 2017, Mark worked at the Director of Self-Publishing and Author Relations for Kobo where he was the driving force behind the creation of Kobo Writing Life, a free and easy to use author/small-publisher friendly platform designed to publish directly to Kobo’s global catalog in 190 countries. By the end of 2016, Kobo Writing Life established itself as the #1 single source of weekly global unit sales for Kobo and, in primarily English language territories, responsible for 1 in every 4 eBooks sold.

Mark has spoken professionally in the United States and Canada, in the UK and across Europe, specializing in advances in digital publishing and the vast and incredible opportunities that exist for writers and publishers.