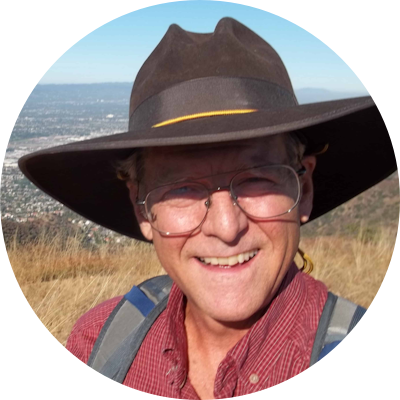 Dan Baldwin is a ghostwriter with more than 50 business books to his credit. He is also a novelist who has six published Westerns, three mysteries, a political/crime-thriller, and two short story collections, and four non-fiction works on the paranormal. Awards for his novels include:
Finalist - National Indie Excellence Award for Caldera III-A Man of Blood and Trapp Canyon.
Finalist - New Mexico-Arizona Book Awards for Sparky and the King and Bock's Canyon
Winner - New Mexico-Arizona Book Awards for They Are Not Yet Lots - a non-fiction work about psychic detecting.
The paranormal investigative book (with Dwight and Rhonda Hull) Speaking with the Spirits of the Old Southwest -Conversations with Miners, Outlaws, and Pioneers Who Still Roam Ghost Towns will be published by Lewellyn Worldwide in May, 2018

He is an avid hiker, especially in Arizona's Superstition Mountains and the Mogollon Rim country. He "plays at" the Native American flute and the kalimba.

My special guest tonight is Dan Baldwin here to discuss his is second book based on his experiences communicating with spirits using a pendulum. Get his book Paranormal Pendulum II on Amazon. Want more paranormal episodes? Fo...