The History and Haunting of Palace of Versailles

Returning to the show tonight is author Rebecca Pittman who's here to discuss her new book called The Haunting of Palace of Versailles.

It was a palace of the Kings of France; the creation of the Sun King, Louis XIV. The marvel of all Europe it soon became a gilded cage for the monarchs and the courtiers who lived there. The saga of Versailles is filled with intrigue, scandal, glory, and tragedy. It is here that the nobility of France manipulated and poisoned their way to the top. Marriages, deaths, mistresses, secret passageways, and betrayal---it all added up to the French Revolution that cost Louis XVI and Marie Antoinette their heads. Yet it is also within these opulent walls that we find the dreams of those who conquered Europe through military campaigns or outsmarting their own bloodline. No one was safe. No one was exempt from the King's spies who secretly opened letters and reported on every move within the palace and grounds.

Join me as we look behind the scenes at the lives of the French Kings, their wives, their mistresses, and blood relations as they built, tore down, and rebuilt a name that became synonymous with jaw-dropping opulence, power, wealth, fashion, and scandal. Come with me inside the golden gates of Versailles. Packed with photographs, floor plans, and maps, this is a comprehensive look at the palace's history. Also included is the documented hauntings at the palace, including the bestselling account of two women academics who visited the Petit Trianon grounds in 1901 and interacted with the ghost of Marie Antoinette and others of her time period. It is a story that has fascinated the world for decades. Other reports of paranormal activity at the palace are also included. Rebecca F. Pittman is a bestselling author of 14 titles. Her History and Haunting Of series is regularly featured on international TV, radio, and podcast shows. She researches the most-haunted venues in the world, staying in their shadowed bedrooms and interviewing the owners and staff. Her book The History and Haunting of Lizzie Borden spotlights five new pieces of evidence Ms. Pittman found in the famous murder case of 1892. A companion rummy-style card game, The Lizzie Borden Paranormal Card Game, featuring evidence, suspects, alibis and a paranormal twist, is available for sale on her website. She makes her home in Colorado. 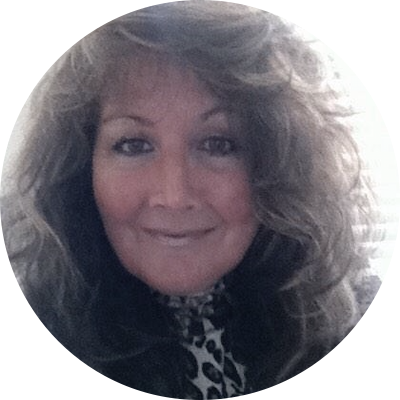 The History and Haunting of the Palace of Versailles

Rebecca F. Pittman is a bestselling author in several genres. Her History and Haunting series’ books have been featured on the Travel Channel and numerous radio and podcast forums. Rebecca has also written two books on how to start businesses in the creative arts. She is currently wrapping up her 15th book…a True Crime thriller ripped from the headlines spotlighting the ongoing investigation into the multiple murders of Pam Hupp. Countdown To Murder: Pam Hupp will be released Fall 2021.