My special guest tonight is Gordon White who's here to discuss his book The Chaos Protocols.

The years since the financial crash have seen the realization dawn that the great promise of modern civilization will go unfulfilled. Study hard, work hard, buy a house, retire happy. It's all a lie, spun for the benefit of a tiny elite. The richest eighty-five people on earth have as much wealth as the poorest 3.5 billion. Each month, the numbers change but they never improve.

Magical and spiritual discourse has failed to keep up with this new reality. The Chaos Protocols aims to fix that.

Join Gordon White as he shows you how to use chaos magic not only to navigate these trying times, but to triumph as well. Discover how to become invincible through initiation, and wage the mind war that will keep you moving toward what you really want. From sigil magic to working with spiritual allies, The Chaos Protocols helps you act on the unwavering belief that your life should matter and you're not going to let something as trifling as the apocalypse get in the way of it. 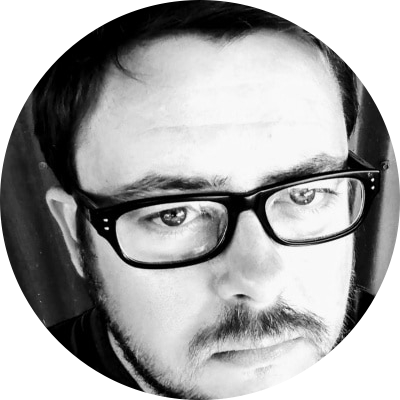 Australian by birth, Gordon White’s family has strong connections to the wider South Pacific thanks to his grandfather’s experience in colonial administration in Nauru and New Guinea. He spent much of his early years exploring and diving in Micronesia, Melanesia and Polynesia.

Gordon first became interested in western occultism at the age of thirteen, following a series of intense dream experiences, and this interest became a lifelong pursuit.

His esoteric leanings found an inspirational overlap with his exploration of the Pacific following the publication of Graham Hancock’s classic Fingerprint of the Gods. This led him to study documentary production at a university level, film an underwater documentary about Nan Madol and then go on to work for BBC Magazines, Discovery Channel and news media companies in both hemispheres.

After moving to London, he held senior data and analytics positions in global media companies, as well as starting a chaos magic blog and podcast called Rune Soup… which ultimately led to the publication of his first three books, The Chaos Protocols, Star.Ships: A Prehistory of the Spirits and Pieces of Eight.

Over the course of this journey, Gordon has had the privilege of speaking to some of the world’s leading authorities in Assyriology, religious studies, genetic research, hermeticism, psi research, the history of western magic and ufology.

The overriding mission of his work is an attempt to cohere an evidence-based western magical worldview that combines history, paranormal research, the best available scientific research and ufology.