Alien World Order: The Reptilian Plan to Divide and Conquer the Human Race 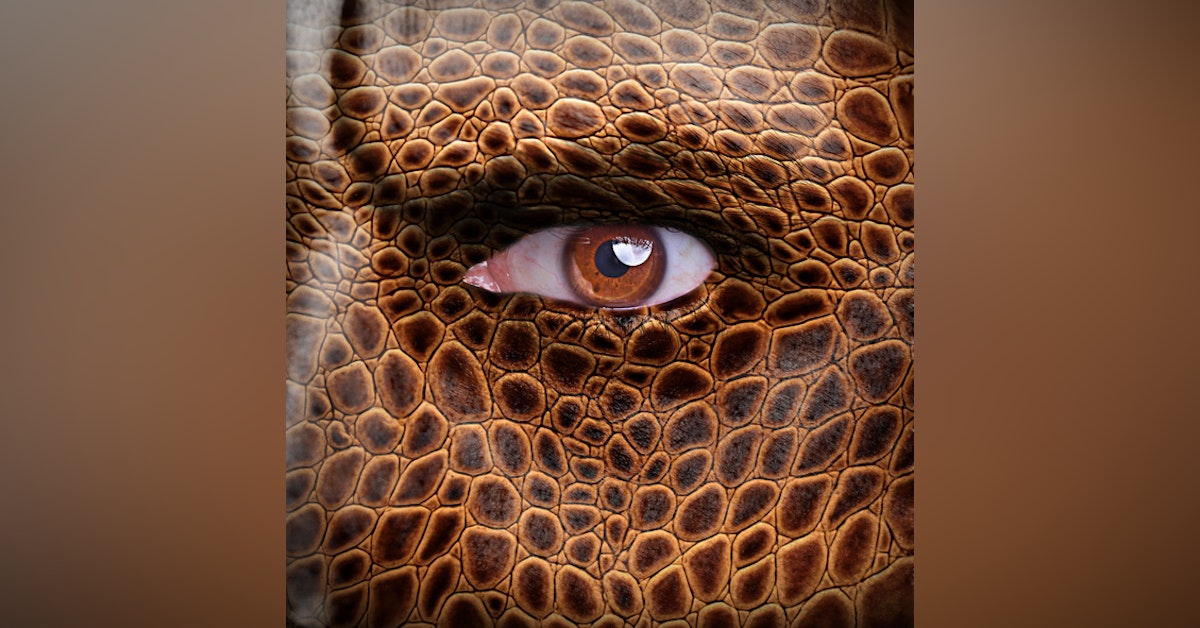 My special guest is author Len Kasten who's here to discuss how everything humanity has ever done is influenced by a race of beings that literally appeared out of nowhere.

Wanna get creeped out? Follow our new podcast 'Paranormal Fears' on any podcast app or Apple Podcasts.

Enjoy the AD-FREE versions of our latest episodes and our archives right now from anywhere in the world.

• Shows how Eisenhower’s treaty with the Greys, signed at Holloman Air Force Base in 1954, gave the aliens authority to abduct humans for "research"

Long ago, the Galactic Federation sent the Atlans, a fierce group of humans from the Pleiades, to Earth to confront the newest colony of the combative ever-spreading alien race known as the Reptilians. The ensuing battle sank the continent of Lemuria and drove the Reptilians underground beneath the Indian subcontinent as well as to Antarctica. Able to shapeshift to appear human, the Reptilians then infiltrated the Atlantean civilization, abducting humans and creating Reptilian hybrids. As Len Kasten shows, this technique of infiltration and hybridization prior to an all-out attack has been the hallmark of Reptilian conquest throughout the galaxy.

Chronicling the history of the Reptilian Empire’s influence on Earth and their conquest of 21 star systems, Kasten reveals how the human race is enmeshed in a skillfully concealed plot to enslave humanity and exploit our planet’s physical and biological resources. Revealing Hitler’s pact with extraterrestrials and the Reptilian influence on the Nazi state, he shares new documents that disclose the rescue and rehabilitation of Nazi war criminals to assist in the Cold War, which then corrupted many U.S. government institutions. Focusing on crucial events in the decade after World War II, he examines the Reptilians’ human allies, the Illuminati, who control the levers of financial, technological, and military power throughout the world through various secret societies. He shows how Eisenhower’s treaty with the Greys, signed at Holloman Air Force Base in 1954, gave the aliens permission to take humans up to their spaceships, ostensibly for genetic study--in return for alien technology--and how these abductions led to the creation of a hybrid race under Reptilian mind control. He also explains how Kennedy was assassinated by the CIA because of his plans to rout out this Nazi–Reptilian presence.

Contrasting the Reptilians with the benevolent Ebens, the aliens from Zeta Reticuli who crashed at Roswell, Kasten exposes the stealthy tactics of the Reptilians, their relationship with the Greys, and their advanced genetic bio-technology and teleportation abilities--as well as what we need to do to defeat their plans.