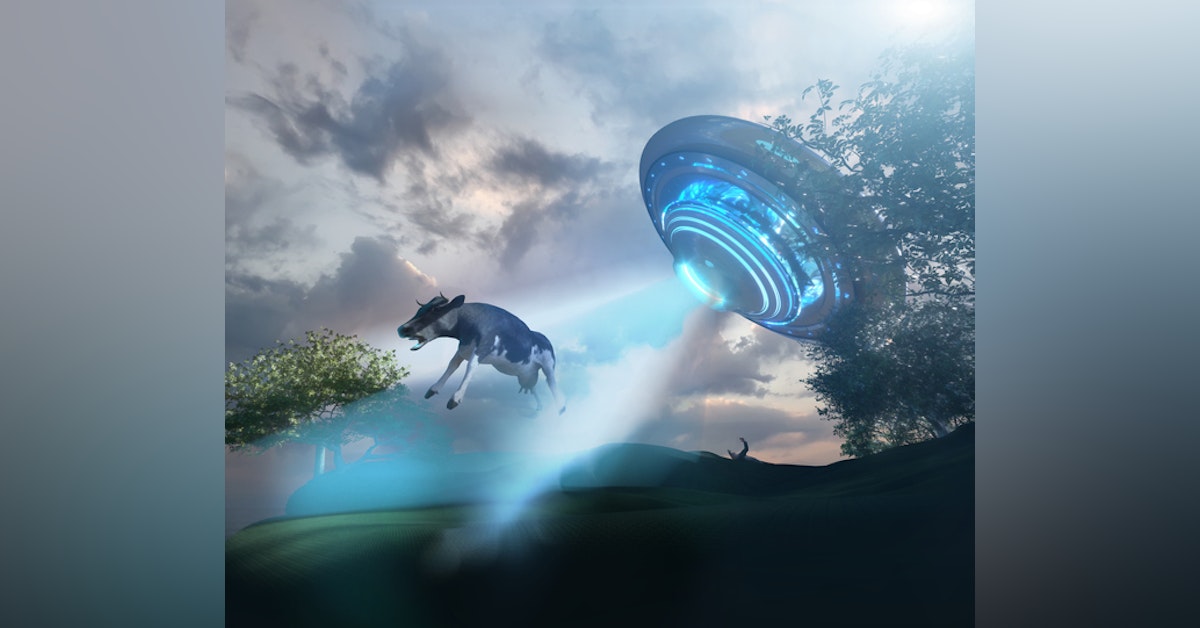 My special guest is Emmy Award winning journalist Linda Moulton Howe. She joins me to discuss her research into cattle mutilations and the mind boggling details in which organs and other body parts are removed from the animals.

The bovine corpses stunned the ranchers who found them. The animals’ ears, eyes, udders, anuses, sex organs and tongues had routinely been removed, seemingly with a sharp, clean instrument. Their carcasses had been drained of blood. No tracks or footprints were found in the immediate vicinity—nor were any of the usual opportunistic scavengers.

Between April and October of 1975, nearly 200 cases of cattle mutilation were reported in the state of Colorado alone. Far from being mere tabloid fodder, it had become a nationally recognized issue: That year, the Colorado Associated Press voted it the state’s number one story. Colorado’s then-senator Floyd Haskell asked the Federal Bureau of Investigation to get involved.

Throughout the 1970s, cases had continued to mount throughout the American heartland. And in 1979—after thousands of reported cattle mutilations, causing millions of dollars of livestock losses—the FBI finally opened an investigation into a series of cases that had reportedly taken place on New Mexico’s Indian lands. Pressure came, in part, from a heated public symposium on the subject that had been convened by that state’s science-minded U.S. senator, Harrison Schmitt, who had a Ph.D in geology from Harvard and had walked on the moon as an Apollo 17 astronaut.

Ultimately, the FBI’s inquiry poured cold water on the idea that something strange was afoot. On January 15, 1980, the Bureau closed the investigation, putting out a statement saying that, “none of the reported cases has involved what appear to be mutilations by other than common predators.”

“I've been around cattle all my life and I can sure tell whether it's been done by coyote or a sharp instrument,” Sheriff George A. Yarnell of Elbert County, a rural area south of Denver, told The New York Times in the fall of 1975.

Mysterious livestock mutilations weren’t confined to the 1970s, or to the United States. Similar cases involving sheep, cows or horses have been reported as far back as the early 17th century and as recently as 2019. The ‘70s cases, however, brought the most widespread attention.

For those in the unexplained camp, opinions have diverged about the possible explanation. Some law enforcement communities opined that the animals were being mutilated by people in strange, quasi-religious rituals. In 1980, the Royal Canadian Mounted Police blamed the mutilations on an unidentified cult. The Department of Criminal Investigations in Iowa, meanwhile, asserted that the mutilations were being conducted by satanists. Read more here